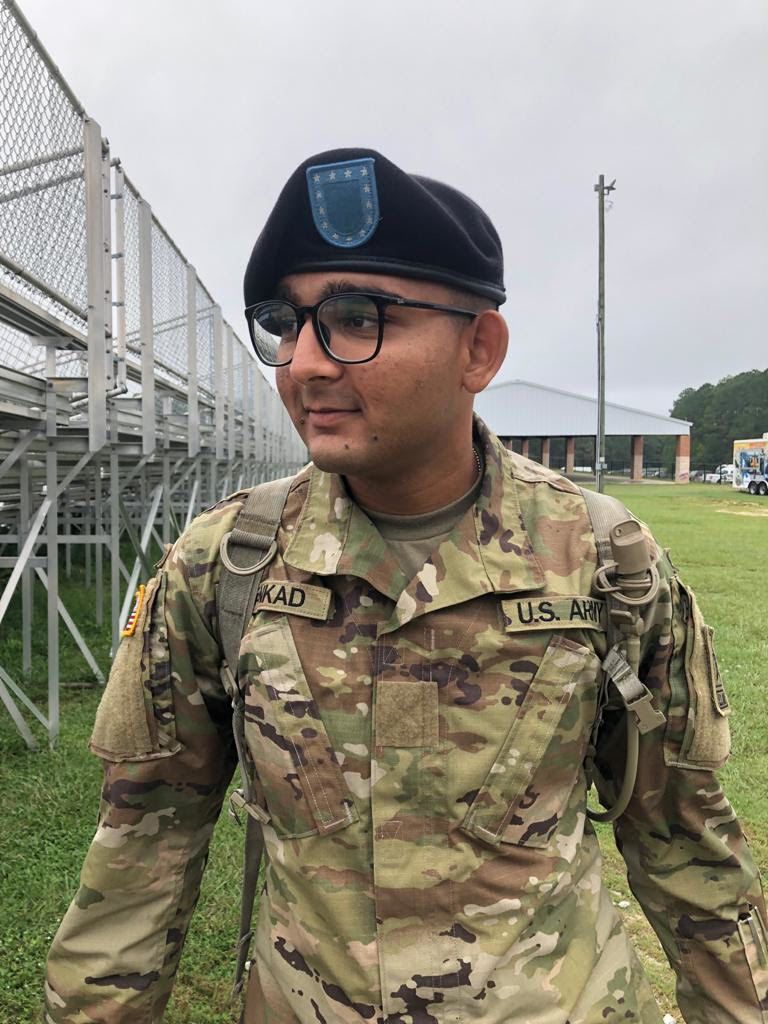 Akhil Shreeraj Mankad, Grosse Pointe North class of 2021, is currently pursuing his degree in Mechanical Engineering while serving in the military. He is enlisted with the United States Army Reserves, where he attended both Basic Training as well as Advanced Individual Training and graduated with a score of 99.9%.

So how did he get here? He tells us that his journey could not have been possible without the grace of the divine, which he calls God.

Akhil started in the Grosse Pointe Public Schools in the 9th grade. During that year’s club fair, he was introduced to the Gearheads, the combined robotics team North and South. There is where Akhil says he grew up. He shares that he had mentors who took him in as if he were their own son and taught him about robotics and engineering – but also about life.

Akhil pursued other clubs as well, such as the Poetry Club, the Diversity Club, KNOTS (a peer-to-peer support program for students with special needs), and NHS (National Honors Society). He says, “I am where I am because of their guidance and mentorship. All of my successes can be boiled down to the grace of God and the mentorship of people like Mrs. Kuhl, Mr. Huskin, Mr. Wolfson, Mr. and Mrs. Muccioli, Dr. Santrock, Mr. Rigotti; and so many others.”

Akhil tells us he received a “more than adequate education” during his time at GPN, but that the most meaningful lessons he learned were the life lessons taught by his teachers and mentors on the Gearheads. He was taught how to be compassionate and caring, understanding, how to lead, how to win, and, more importantly, how to lose.

“I’ll be eternally grateful for the school system for providing me with opportunities to grow as a person more than just an academic student. And I probably have learned so much more that I can’t put into words,” Akhil says.

“I would like to thank all of the staff, but more importantly Mr. Kosmas, Ms. Sandoval, Ms. Doss, Mrs. Kuhl, Mr. Skowronski, Mr. Smith, all the teachers involved in the Special Ed program, Mr. Wolfson, Mr. Washburn. These are just the very few that come to mind.”

When asked what advice he has for this year’s graduating class, Akhil says, “Don’t focus only on your GPA, live life, and don’t let it pass by.”