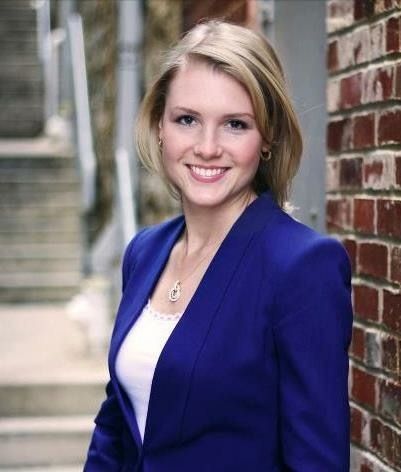 Dana Chicklas's story is one of advocacy through storytelling itself. A common thread throughout her career is what she calls copowering, which she describes as building relationships with people and empowering them with tools and a platform to share their own story in their voice, change hearts and minds, and further their mission.

Dana, who graduated from Grosse Pointe North in 2003, attended the University of Michigan, where she earned a dual Bachelor of Arts in English and Psychology. After her time at Michigan, she moved to Oakland, California and worked as a member of the Oakland Teaching Fellows,  teaching special education for five years. During her time in Oakland, she earned her Master of Arts in special education from Alliant International University.

While advocating for her middle school students, Dana caught the news bug and decided to hone her writing skills by interning at a Bay Area television news station. This launched her on-air career. Over the next seven years, Dana was a TV journalist in Maryland and then back home in Michigan. Many of the investigations she broke revealed her passion for protecting our civil rights and liberties.

To deepen her ability to advocate, Dana transitioned to the other side of the camera as a Communications Strategist for the ACLU of Michigan, where she manages the organization's digital and earned media strategy. Today, Dana also runs her own business, Copowering Media Consulting LLC, where she empowers clients to hone their public relations strategy and ace their interviews and presentations. She provides individualized spokesperson coaching to improve clients' confidence while interviewing or speaking with reporters and the public.

Grosse Pointe Public Schools offered Dana what seemed to be limitless opportunities to become incredibly well-rounded: from playing Varsity Girls Ice Hockey to the violin to participating in numerous AP classes. This, she recalls, helped her make several significant professional transitions after college and trust in her ability to adapt, teach and learn within new fields.

When asked which teachers made an impact on her, Dana had this to say "First, I'd like to thank Coach Tim VanEckoute, who paved the way for a first-class Varsity Girls Ice Hockey program at North that I was proud to play on throughout high school. Between my skating skills and the lifelong friends I've made through our Norsemen team, I gained a certain level of grit, dependability, and power that have shaped the person I am today. I also have to thank my Honors English teacher Brendan Williams. Thanks to his encouragement and opportunities to present our projects in his class during my sophomore year, I realized how powerful my writing skills were, and that it was a path I should pursue professionally. This ultimately led me to become a journalist, where I investigated and wrote my stories and scripts on lightning-fast deadlines for seven years."

To this year's graduating class, Dana offers the following advice: "Explore as much as you can and get uncomfortable: from volunteering to traveling the world to enrolling in a diverse course load, to getting out of your comfort zone to learn from different communities and cultures, do as much as you can. Stretch and learn from people outside of your own community."